By Claudia on April 20, 2011 in Ashtanga
When I first started practicing Ashtanga Yoga I would switch between Darby’s

. Monday for Darby’s, Tuesday for Freeman.  I had never done ashtanga before, so I thought I could breeze through the different series.  Was I deluded? Completely!

When I see James (a complete beginner) come out of one of the led classes expressionless other than using enough muscle to say: “brutal”, then it looks hard.  Let’s also point out that He, just like me, has been bitten by the “wanting to do it all at once” bug.  It is in the air.

Then I wondered: who, initially, among us follows the system exactly as intended and with a good teacher?

I am one of those people who wants everything fast, or at least I did. But I did not know that when I began, I wanted those advacned poses like pincha mayurasana and the flip flops, I wanted to be Boodiba on class three. Hey I even had an Excel chart! 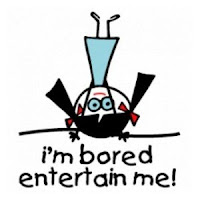 Frank puts it nicely when he says in the comments to yesterday’s post that “it requires getting over the idea that it will be boring”.  Wow, I actually never had this problem, it was never boring to me, but I can relate to how the repetition can be unsettling.

Back in Mysore earlier this year James asked repeatedly whether the exercising of the same group of muscles would not be an issue.  But as I see it, the deeper we go, no matter how long in a plateau of poses, there is always a new pose at the end of the tunnel, and a new group of muscles.  There is also the going deeper within the poses we already have. The thing with 6 series is that there is really no end. It is infinite.

Grimmly brought up that perhaps all this business of the practice is like giving birth, one of those things that you forget and romanticize. Point taken, It is hard isn’t it?

The issue of the teacher is important. Nobel mentions how he finally came to find a good teacher, and although he only sees her when on tour it is a key part of his practice.  Yes, finding a good teacher that will go along, respect our limitations, and work with our mental fluctuations is critical! Not everyone is that lucky.

Yogicory is a mom with three boys at home, God bless her!, she says that Ashtanga’s discipline is a huge part of her life, the discipline, which mirrors her life, sometimes good practice sometimes not so good.

I will confess to one part that I found very hard in the beginning, it was the moment when you are practicing and the instant before you start to sweat.  I hated that moment, I did not like getting wet and dirty, I did not like to feel the burn.  And THAT is actually the purification part.  I had a resistance to the cleansing.  Funny.

So, these are my gatherings about what the hard parts in Ashtanga Yoga are:

Finding a good teacher is difficult, whether in person or online, or through workshops, coming across the right soul, that is hard indeed.  But can you see how all the other points in the list reside in the mind of the beholder?

It is not easy, but it is not hard.

Body is not stiff, mind is.  K.P.Jois
Pictures in this post link to their source.

20 Responses to 7 Reasons Why Ashtanga Yoga Is Not Hard