By Claudia on March 24, 2013 in Mysore, Travel
A woman has recently been attacked by men in the area of Gokulam in Mysore as she was walking towards the led-ashtanga yoga-class that is held at 4:30 in the morning, and we are told, she would have been raped would it not have been for neighbors that intervened and stopped it.

Who tells me this? Anu. 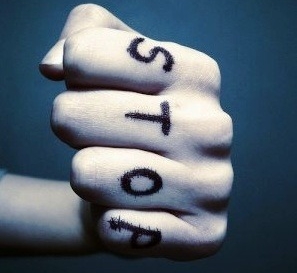 Anu runs a cafe in Gokulam, Mysore, only a few blocks from the Ashtanga Yoga Research Institute to which hundreds of students pour in during the months in which Sharath and Saraswati Jois (grandson and daughter of Sri K. Pattabhi Jois) open the doors to teach. 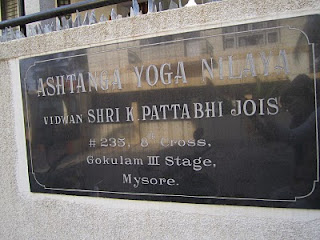 Anu is very protective of the area and loves it deeply, hence of course, wants to keep it safe.  Not long ago she was running a petition to the government so that fruits would not be spread with pesticides, but these days she is onto a petition that affects visiting students much more than just chemicals.

I was  the victim of one such attack in 2012, when a man on the back of a motorcycle slapped me as I was walking back from the Green Hotel with 4 friends at around 2:00 PM on a Sunday.

It is with great sadness that I learn this is intensifying, especially in light of the recent tragedies that are happening all over India involving rape and murder of women.

This is what the petition, which Anu intends to send to the police commissioner, says:

Ladies are attacked by men on scooters, groped, slapped in the face, and pushed about, and exhibitionists jerk off in front of them. A yoga student was nearly raped on her way to the 4:30 yoga class one morning. The neighbors rescued her at the last minute.” These despicable event are most frequent during the busy seasons of October to March, every single year.
Visiting a foreign country to practice yoga in a beautiful neighborhood such as Gokulam, only to come face-to-face such violence is shocking, frightening, and traumatic for both foreigner yoga students and local female residents. It is just wrong.
We are continuing to do what we can on our end to make the environment safer, including: (1) raising awareness within the community about the risks to walking around alone or even with someone, (2) holding discussions with the yoga community on culture-sensitive behavior and attire, (3) promoting self-defense tactics, and (4) communicating with the yoga schools to change class timings and to provide other safety-promoting services to students.
Please help us by increasing police patrol of the area to end this unacceptable criminal behavior and abuse, and to make Gokulam safe for ALL women.
WHAT YOU CAN DO NOW TO HELP NOW:
Let’s do what we can to keep Gokulam in Mysore safe!

UPDATE#1: When this post was published they had 19 signatures, now 30 mins later they have 66, thank you!  They also now have a Facebook Page
UPDATE #2:  139 sings as of noon.  We are doing it!   Let’s keep Gokulam safe!
UPDATE #3:  Reading the “reasons why” people are signing up is a huge eye opener.  I just went through the list and it gave me chills.

Clearly this is not just me, thank you to everyone that is sharing through the social networks!

UPDATE #3.5:  Suggestions on how to protect yourself from the Facebook page:

Some of these may or may not appeal to you. Use your best judgment and your gut to decide what’s best for you, and just be safe! Suggestions are welcome; let’s grow the list!

UPDATE #4:  Some Stories from the Facebook Page, for more see here:

A recalled “When I was in Mysore … I was also targeted. I was walking mid afternoon with my friend Christine when a young boy on a bike was coming towards us just up the road from the shala. I was dressed appropriately, with someone at mid-day, and he still grabbed/slapped my breast. There was little I could do as it happened so fast.”
M remembers her times in Gokulam “I too have had unwanted attentions, twice. Once right in front of the shala, groped by young boys and once in VV Mohalla near Tina’s cafe. That time a 20-something-year-old man stopped to ask where the temple was then said very dirty things. Yuck!!! It does really begin to feel unsafe. … The second incident was in 2013, February. … The incident in February 2013 seems to be a serial offender because I have seen similar incidents reported here. It was a single man on a bike. Other times it has been reported at two men. It is really so disgusting. Again, YUCK!”
E recalled her visits to Gokulam “I myself have been a victim of these molestation and harassment in Gokulam – in my five months time here I can remember at least five occasions! I would like to come back with peace of mind and knowing I will be living in a safe environment!”

N recounted her experience “I was pinched and groped right across the street from the shala last year at 5am. I was not wearing anything revealing or showing too much skin. I was completely covered and thought, ‘what have I done wrong, how did I manage to attract this kind of attention?’ I was so grossed out and filled with rage that this man / young boy felt it was ok to touch me like that. The unfortunate thing is we can be more careful and take necessary precautions but this is a deep rooted issue that only to begins to change through awareness and people like you.”

C wrote “…I was also groped in the road down from the shala, 5 years back, we need to stay acutely aware and vigilant, before something really awful happens in Gokulam.” (2008)
A very distraught and brave K wrote “Today morning about 8.30 a terrible abuse happened to me. An Indian guy approached, then grabbed my hair and attempted to grope and touch me. I pushed him, but he was not about to stop. When I reached my phone to make some photos, he ran away quickly.
Thus, I’m leaving Mysore as Gokulam doesn’t seem safe and friendly to me anymore even at daytime to say nothing about 5.30 a.m. when I usually go to the shala with my mat.

MG, a local resident, said “It is happening to the local Indian women living in Gokulam also. I have been eve teased so many times while walking the streets of Gokulam in late evening. Can we please begin with working street lights. I think well-lit roads will go a long way in making Gokulam a safe place.” (countless dates)

A Great DVD On Yoga Adjustments By David Keil
Are the Effects Of Yoga Proven? And How Did the Inventors of Asanas Know Their Benefits?

15 Responses to Ashtanga Yoga: Is Mysore Becoming Unsafe For Women? 3 Things You Can Do Now